AC-Innov innovates into the future of UAV Aerospace

AC-Innov innovates into the future of UAV Aerospace 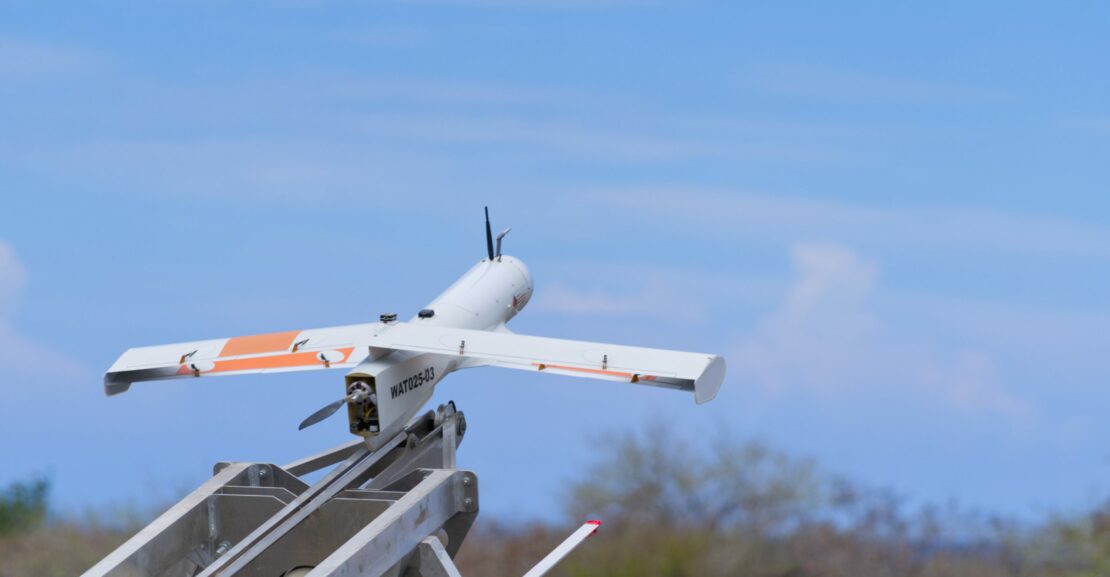 The journey of AC-Innov with Mr. Remi Albert.

With the ever increasing stringent rules and regulations over earth’s airspace, it is to no surprise that professional certifications within the aerospace industry are coveted upon worldwide in taking to the skies. It is rightfully so, as safety, quality and professionalism of services are regarded as ethics perched upon the highest aviation pedestal – it is also the code of practice to which is at the foundation of Pen Aviation’s existence and formed partnerships. Evidently, these are also codes and values in which Pen Aviation’s Unmanned Aerial Vehicle (UAV) partner, Aero Composite Innovations (AC -Innov), holds high in regards – having recently been awarded the EN/AS 9100 and ISO 9001 certifications in recognition of their quality and professionalism of work.

We spoke to Mr Remi Albert, co-founder of AC-Innov on his journey with AC-Innov to date and AC-Innov’s recent certifications. The following is his story.

AC-Innov is a start-up Unmanned Aerial Systems (UAS) company founded in 2013 by Mr. Remi Albert and Mr. Francois Varigas in the Island of Reunion, which is a Southern Hemisphere French territory in the Indian Ocean. Being highly passionate and experienced internationally in the aerospace industry, specifically within the fields of Military UAV Developments and Sales, both Mr. Remi Albert and Mr. Francois Varigas were convinced (prior to the forming of AC-Innov) that UAVs were going to be a very large branch of the aerospace industry. They believed that this branch would make room for new concepts and designs, where their experiences with radical and innovative designs will allow them to propose new Aircraft Systems and new Concepts of Operations. It was upon this believe and objective that AC-Innov was formed, and their believe is starting to bear fruits. 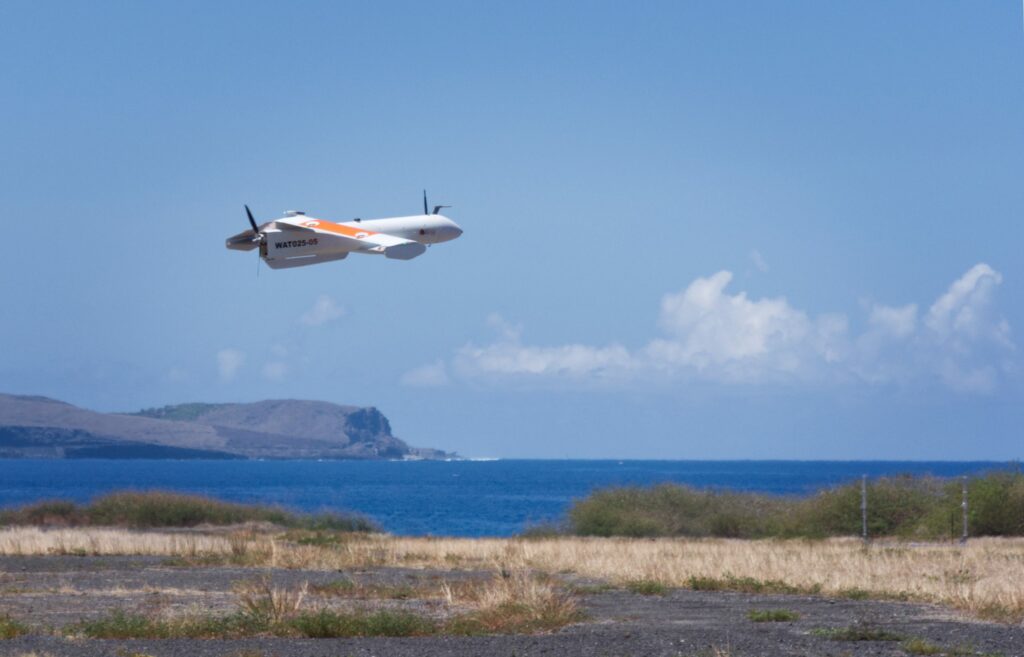 Starting up as a Research and Development company for fixed-wing professional UAVs, AC-Innov planted its roots in Reunion Island for its practicality in flying their prototype aircraft in favourable meteorological environment all year, and this is within a relatively free airspace within the controls, regulations and qualifications required by the French Civil Aviation Authority. Reunion Island was also a strategic choice for the development of AC-Innov products, one which answers an existing regional requirement for maritime and coastal surveillance. Geographically, Reunion Island is a French (European) island placed at the cross-roads between Southern Africa, India and Southeast Asia,

The Short, The Medium & The Long Haul

At the starting point, both Mr. Remi and Mr Francois analysed in detail the UAV industry and concluded that the industry was divided. On one end, the big boys, the large and powerful corporations primarily branches of big defence companies, and very often corporations with deep pockets. These groups develops large and complex systems, mainly for military needs and often with costs of purchasing going into the billions. On the other end, there are the smaller players who are dedicated to proposing application specific products, for instance land, building or power lines survey or agricultural applications.

In between, the market is open for professional Design and Manufacturing companies whose intent is to propose innovative, performant and affordable systems. This is where AC-Innov found their niche in the short-term – with their systems and their very unique design of Rhomboid aircraft targeted to existing standard applications or user specific requirements (in either supplying the integrated systems or supplying customised designs of which the clients can manufacture in their own countries).

In the medium term, AC-Innov intends to roll out the development of larger range of UAVs, and this is envisioned to happen through the short term growth of the company.

In the long term, it will be AC-Innov’s Research and Development efforts at the core, driving their innovative edge in achieving growth for the industrial and commercial aspects of the company. Major international aeronautical agencies have sung praises of AC-Innov’s aerodynamics configuration, touting it to be the technology of the future, which could be implemented on larger UAVs and even manned commercial aircraft – results from the continuous Research and Development efforts. A further testament to the successful R&D efforts of AC-Innov arrived during the Paris Air Show 2019, where AC-Innov signed a contract with the ONERA of France (French National Aerospace Lab) for the design of large aircraft based on the Rhomboid configuration. 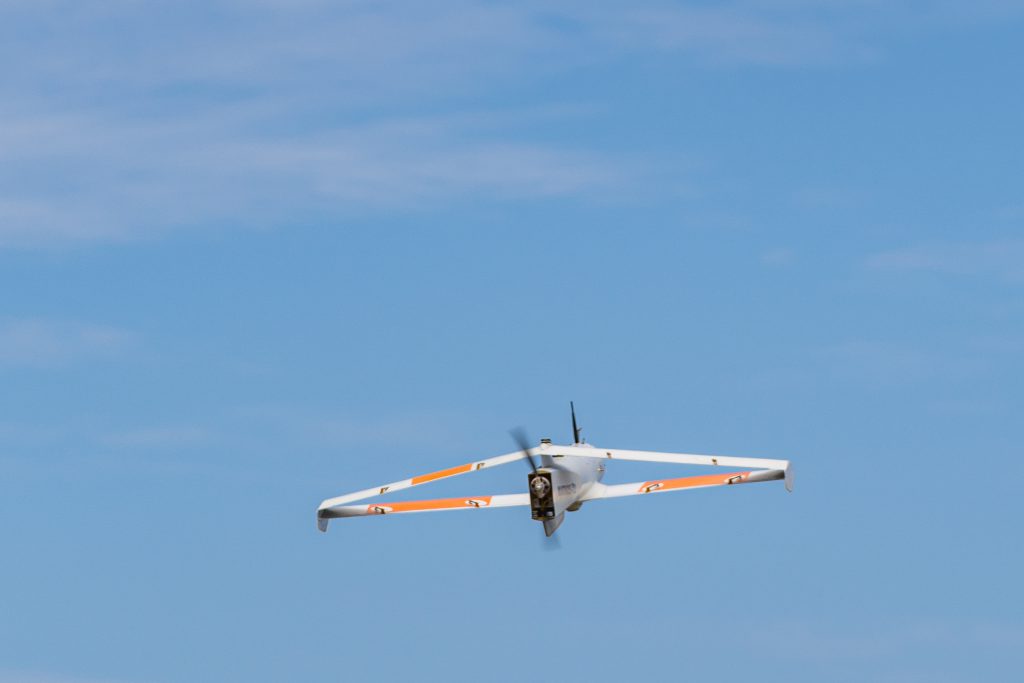 The Team, Their Strength

AC-Innov attributes their strength to their team, which consists of high level engineers and technicians who are active, creative and innovative within their specialised skills. From mastering the state-of-the-art technologies related to aircraft design, development, prototyping and qualification through flight testing, to the integration of systems and set-up of production line, these activities are all conducted by these specialised team members in a very rigorous manner, complying to the standards set by the French Civil Aviation Authority (DGAC) and also in accordance to the AS9100 certification (which AC-Innov recently obtained).

The R2-150 system is at its end of development stage and completing its qualification phase. The R2-150 has started integration into missions payloads and communications system in answering some specific requests from an end user. Currently, AC-Innov is in discussion on sales contracts for the R2-150 specific for maritime surveillance application, as the compact nature and agility of the rhomboid design makes it suitable for both land and ship based missions.

The R2-240 is fully designed and is ready to enter into its development phase with the manufacturing of the tooling and the advanced prototypes.

The R2-400 aerodynamic design is completed. Validation is required from ONERA (French Aerospace National Lab) – the same validation of which the R2-150 and the R2-240 has obtained. The validation is required before AC-Innov can commit to some of the structural design and further validation of the unique hybrid propulsion system. Based on the numerous studies and simulations, AC-Innov is estimating and expecting the endurance of 96 hours with a cruising speed of 130 km/h at a payload capacity of 35 to 50 kilograms for a Maximum Take Off Weight (MTOW) of 250 to 300 kilograms.

As with most businesses, there will never be a time without challenges. As for AC-Innov, the challenge which could be easily be managed is one which is to keep the philosophy and dynamics of the company as how its founders created it.

The main challenge however, would be one many young innovative R&D companies would face, and that is of a financial challenge. The development of state-of-the-art products are relatively time consuming and expensive. In managing this challenge, AC-Innov’s engineering work is further complemented by the search of not only clients, but also partners and investors. 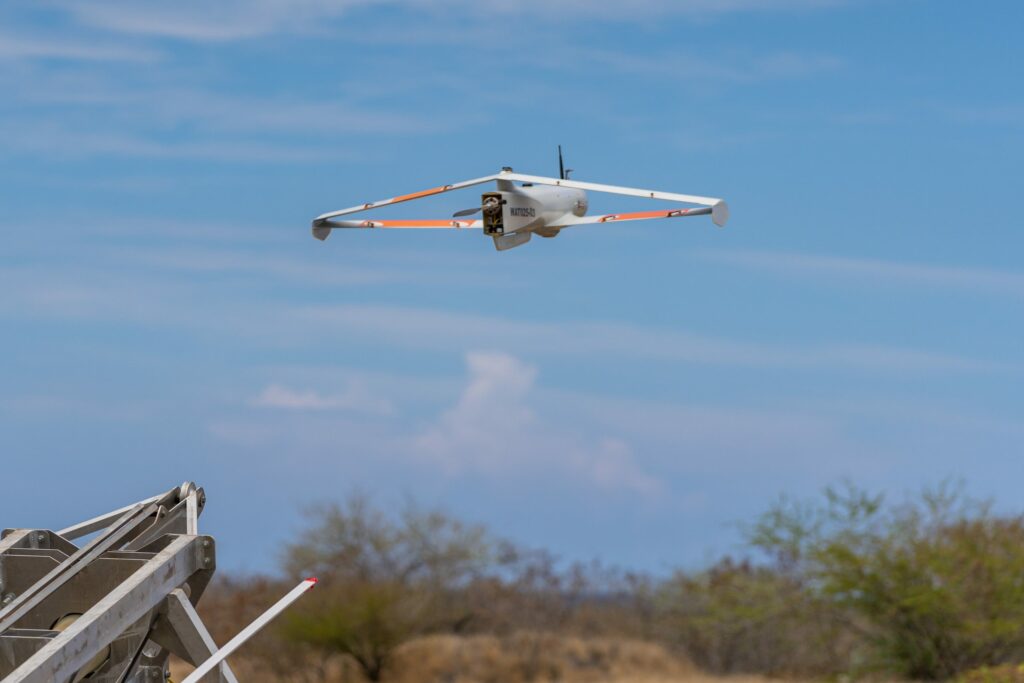 The UAV & UAS segment of the aerospace industry is a fast growing and developing segment, which is progressively taking a very large portion of the aircraft industry. Automation and autonomous aircraft will become more relevant in coming times and with it, very stringent regulations will be in place, in ensuring the safety of the population on the ground and of other users of the air space. At AC-Innov, Mr. Remi Albert and Mr. Francois Varigas’s views were right on point from the beginning about the industry and its path. Difficult choices over business models were made with self-imposed discipline. All of which are starting to benefit AC-Innov in recent times.

AC-Innov prides itself to be the first UAS only company to achieve the certification, and it was relatively simple for AC-Innov in achieving this milestone. Globally, authorities are starting to impose the certification, whereby the UAS/UAV manufacturers are to be EN/AS 9100 certified while their suppliers and subcontractors are to be at minimum ISO 9001 certified. The European agency is aiming at latest year 2022 for the regulation to be in place and in full application. It is said, that for larger and more mature companies without any real quality assurance systems in place, this exercise will prove to be a disruptive process. Nevertheless, for AC-Innov, it is mostly green lights from here on with the certification in their pockets.

AC-Innov, with roots planted as a small Research and Development company has grown to spread their wings into design, production, manufacturing, test flight and systems amongst others. Adding to this core, AC-Innov has also branched out into consultancy services in developing Concepts of Operation (CONOPS) through their sister but independent company, Drone Service Ocean Indien (DSOI). DSOI functions as a provider of drone services to end users, mainly based on the usage of AC-Innov’s products. This could prove to be an attractive proposition to (as an example) the Fisheries and Fishing authorities that see the benefit of our UASs, but do not want to become aircraft owners or operators. Over the past 7 years, AC-Innov has indeed innovated its way to the top, and on this journey, they were recognised for their quality of work and professionalism. Traits which would propel AC-Innov into the future.

If you are in Asia, and would like to know more about how AC-Innov’s UAV products and systems can benefit your company, please drop Pen Aviation an email (contact@penaviation.com) or please visit www.penaviation.com/services/uav-operations/